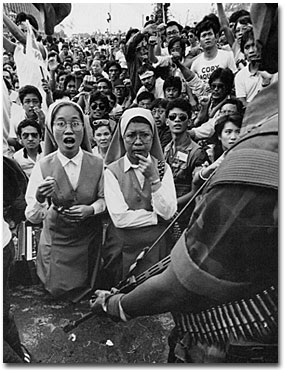 Two nuns were kneeling down in front of a soldier. One nun was holding her rosary tightly, urging the soldier not to shoot them or just reciting her prayers loudly. The other nun was in a contemplative mood, one hand touching her chin, the other arm crossed under her chest. In front of them was a soldier brandishing a belt of bullets, his M-16 rifle held at slope arms. The contrasting image of the nuns and the cold, harsh rifle of the soldier was the focus of this photograph. A huge crowd was behind the nuns. They were ordinary street Filipinos, men and women, parents and children, students, employed or unemployed, rich, middle-class or poor. I was part of this crowd – more people coming and going, military tanks and cannons with their soldiers greeted with flowers and food, burning tyres, activist flags and streamers, vendors, vehicles, portable radios, foreign correspondents and religious altars everywhere.

For: Writespiration #85 Snippets of You by Sacha Black 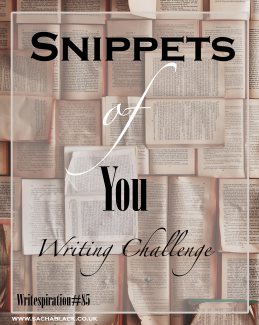 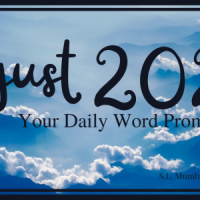 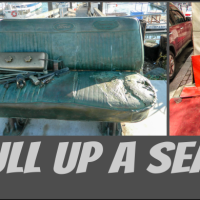 Photographing.... that one moment in time...